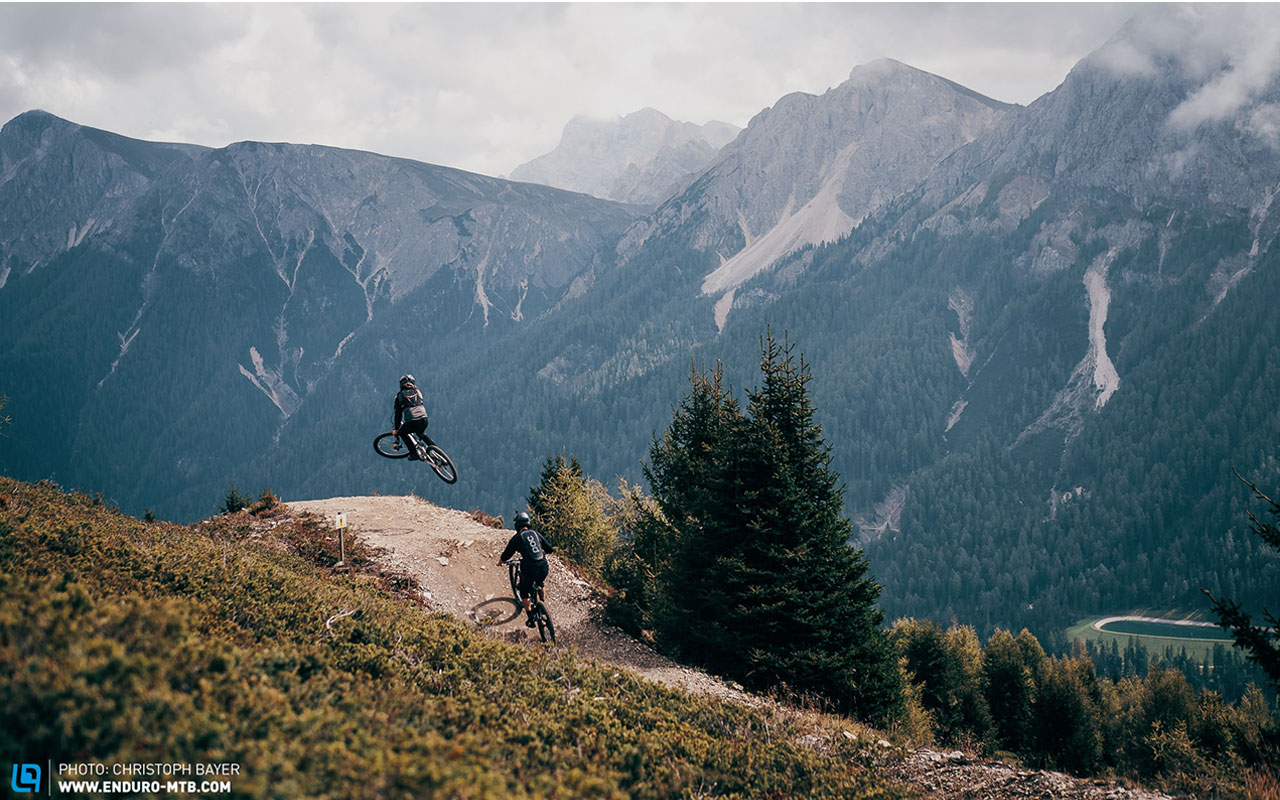 The battle – Who rules in the bike park?
Enough with the theory, let’s get this party started! In order to crown a victor, we subjected both bikes to a variety of trails and conditions, from hard-packed bike park jump lines to rough, natural, gnarly downhill tracks and everything in between. We even put them to the test on a climb, because sometimes you want to shred another lap (or three) after the lift has closed…

The first round was fought on hard-packed bike park tracks, littered with large jumps, massive berms and even bigger braking bumps. Here, the SCOTT landed some early blows with its lighter weight and slightly shorter geometry, leading to increased manoeuvrability both in the air and on the ground. However, due to its high front end and slack head angle, the Gambler requires an active riding style to keep in check on flatter trails. If you don’t actively keep the front weighted through flatter corners, the SCOTT is prone to losing grip with the front wheel washing out

While the Kenevo can’t keep up with the Gambler’s agility and manoeuvrability, it scores with a very balanced ride due to its balanced geometry and well-placed motor and battery – this is particularly beneficial to less experienced or active riders. Despite putting up a good fight, the first round goes to the SCOTT Gambler which delivers with its agility and manoeuvrability in the corners, jumps and berms.

The Rocky Mountain Altitude has evolved quite a bit! In 2017, it was the playful…

Copyright 2022 - GOOD MOOD CYCLING - All Rights Reserved
Back To Top